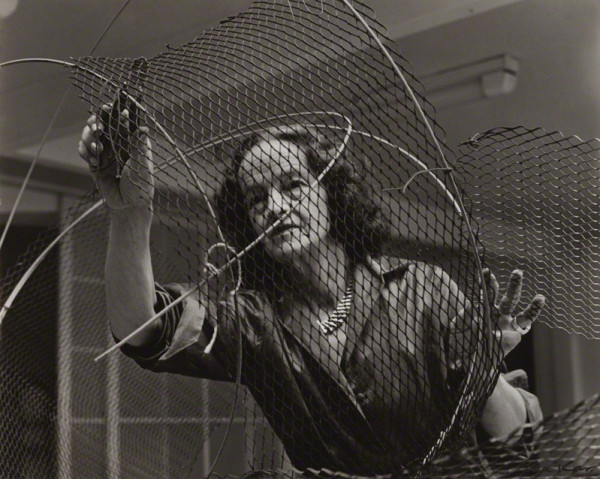 I’m excited to view Dame Barbara Hepworth photographs at Tate Britain in July (View more details), Mrs Hepworth is not classed as a photographer, but more of a sculptor of wood and stone installments. The reason why I’m writing this blog is show the importance of photography to Hepworth, and how she used it to shape public opinion of her work. As Sophie Bowness, Hepworth’s granddaughter and co-curator of the Tate show explains: “Hepworth had a life-long appreciation of the importance of photography in the recording and reception of her work.”

The Hungarian Constructivist artist Laszlo Moholy-Nagy is thought to have taught Hepworth how to use her first camera – a Zeiss Ikon in 1933. The two became friends when Moholy-Nagy moved to London to escape Nazism, and his modernist ideas influenced her greatly.

Dame Barbara was born and grew up in Wakefield, West Yorkshire. She went to the Leeds School of Art with fellow sculptor Henry Moore. The pair, who remained lifelong friends, were pioneers of abstract sculpture in the UK, she was made a Dame in 1965 and died in a fire at her studio in St Ives 10 years later at the age of 72.

Many Sculptor of the 1960’s and 1970’s were photographed by leading photographers and Dame Barbara, was photographed by Ida Kar who was born in 1908, in Tambov, near Moscow.
Kar was influenced by the Paris avant-garde whilst studying there in 1928. She had met the
German surrealist painter and photographer Heinrich Heidersberger whilst living there, and
made her very first experiments in photography alongside him. Through Heidersberger, Kar
also met a wide range of artists and writers living on the Left Bank (La Rive Gauche). After
a move to Cairo to establish her first photographic studio with her husband Edmond Belali,
Kar exhibited surrealist photography in the Egyptian capital. Following a divorce from Belali,
Kar met and married the British writer, artist, and publisher Victor Musgrave. In 1945, Kar
and Musgrave moved to London, setting up a studio, and working for a number of galleries in
the city.