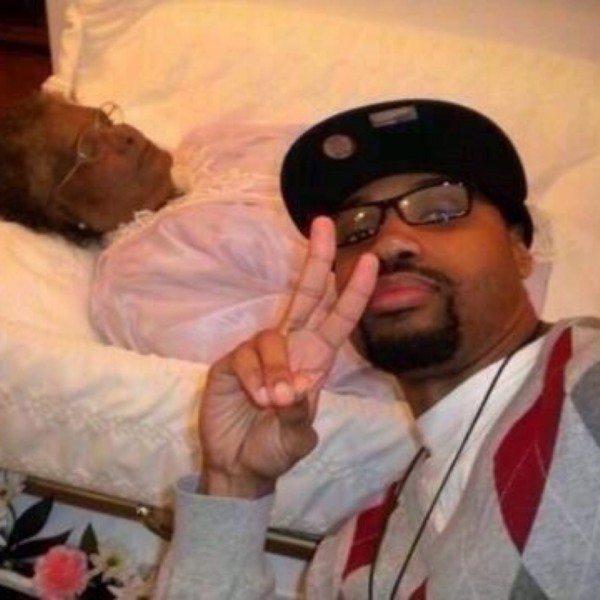 Should Photographing Corpses Be Illegal?

Photographing dead people isn’t anything new, the Victorians used to photograph relatives with the dearly departed which was called Memento Mori.

To some, the very idea of Victorian Post Mortem Photography can be chilling and somewhat disrespectful. Especially when you see these images where a deceased loved one appears to be alive. Sitting with family, standing and posing… like they did in life.

There is a lot of misunderstanding going on about antique post mortem photos showing the deceased standing upright and the use of the posing stand.

The purpose of the posing stand was to stop the deceased from moving because the exposure time took anywhere from 10 seconds to 30 minutes.

On a personal note… to me as a photographer… I find the post mortem photos to bring a full life circle, so I’m not freaked out about it. We should photograph from birth to death and document entire lives. It’s not creepy or morbid… it’s life, which people do forget about.

I’m a staunch follower of Japanese photographer Nobuyoshi Araki and his style of photography. He photographed his wife (Yoko) relentlessly right up to her death in 1990. From those photographs taken, he composed three books entitled Sentimental Journey (1971), Winter Journey (1991) and Spring Journey (2011).

These works are intensely autobiographical. In the series chronicling his wife’s illness, there is a photograph of the artist wearing a medical mask in a hospital room, raising his eyebrows.

Mawkish and affecting, the image of humour in the face of death is abruptly interrupted as you turn the corner and see Yoko’s face, framed in a silk-lined coffin, under a layer of white orchids.

Her cremated bones on a steel table are accompanied by similar images of their deceased cat.

Yet with the new craze of selfies, has this gone too far?

He may be trying to show his wishes for his grandmother to rest in peace, but doesn’t taking this picture seem a little…off?

I mean, come on, when you’re attending a funeral, you may want to be a little courteous to others who may be there as well. Could this be a way of showing respect and moaning her, who are we to judge!

In 1816 French Lithographer and inventor Joseph Nicephore Niepce started new research on an idea of recording an image onto sensitised paper using a camera obscura. Niepce first experiment was to position at the back of a camera obscura sheets of silver salts coated paper, known to blacken with daylight. In May 1816 he produced the first image of nature: a view from a window at his home in Chalon Sur Saone, France. It was the first ever negative produced, although the image vanished because in broad daylight the coated paper becomes completely black. He calls these images “retinas.” END_OF_DOCUMENT_TOKEN_TO_BE_REPLACED