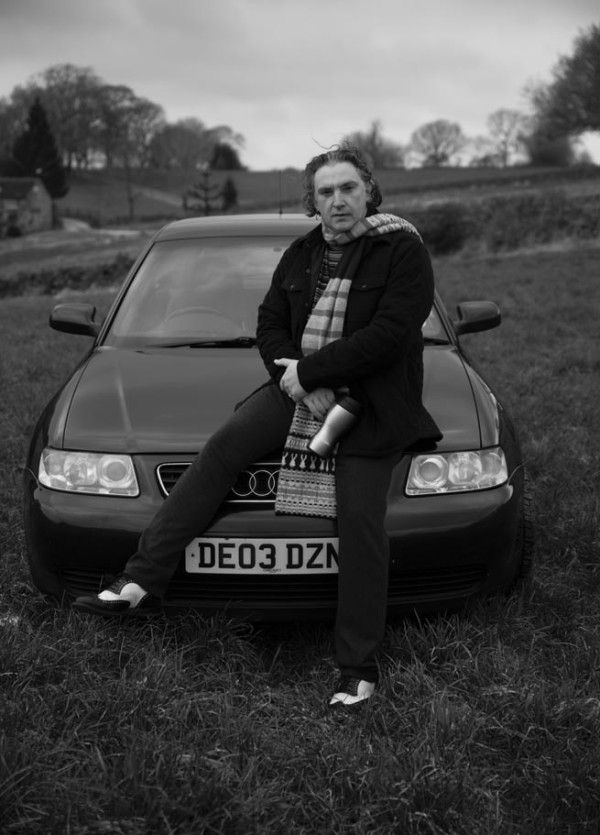 Roland Keates aka Transfigure Photographer, is much more than a Derbyshire photographer. Roland is an Art Blogger, Conceptual Artist and Documentary Filmmaker. Roland ethos is to find the converging line between the world of film, fine art and commercial photography. Roland wants to bound all those agents together to cook up a dream and add it to reality to make it present history.

Transfigure Photography as the name denotes is to change the appearance of something, its nature, by giving it a radiant, magnificent character.

You might ask, are the photographs edited in such a way to change the whole appearance of the original. In one respect, yes, but Roland doesn’t see himself as a photo artist.

Transfiguration must be studied, contemplated and interpreted.

For Roland, taking a photograph isn’t just a process, he thinks and meditates. He doesn’t enter into the world of commercial photography, like many other photographers, he works on commissions from individuals rather than companies. He has transfigured or metamorphosed himself from a snapshot photographer to a professional photographer. Photographing many different subjects, from seascapes, portraiture, to earth moving equipment.

In the academic establishment, Roland is known as a late bloomer. He did not come into his calling until he realised his potential by his then University professor, Mark Hall, who told him

“he had a knack of experimenting with photography.”

Roland formally studied photography at Derby University for (arts) in Applied Photography receiving a distinction (2012). He also studied part-time for an honours degree in commercial photography at the same institute (2015), while working full time to support himself.

Roland has been around photography his whole life

“My Polish grandad had a dark room in his shed, which was out of bounds to my sister and myself. I remember the magic of when the picture would amazingly become transparent on the photographic paper.”

At the present time, Roland is working on a number of long term projects. He is collating all his landscape and portraits photographs of drystone walls of Derbyshire. The photographs were taken while he was location scouting and researching for a documentary entitled “If Walls Could Talk” that was completed in 2017.

If Walls Could Talk

If Walls Could Talk is a documentary on the romanticism of drystone walls in Derbyshire and how and why they were built.

Presently Roland has hundreds of photographs to go through. These photographs will be presented in a large coffee table book to show the magnificence of these walls that have survived through centuries, a tribute to the workers who originally designed, planned and built them.

Along with his commercial photographs, Roland continues to work on his personal projects. He is in full swing to make a documentary on the Druids of Derbyshire which will be released 2020. Meanwhile, he is photographing and researching his next project on The Bus Shelters of the UK.

During this time, he had started to write blogs on his website http://www.transfigurephotography.co.uk/blogs and his first ever blog was about the life of Caravaggio which was written February 12th2012. This blog looked at Caravaggio’s early life and his realism of religious figures bordering on early naturalism, as well as the choices of love interest models from the poorer communities.

From this moment, of writing the blog, he was hooked on research and flowed between different artists, filmmakers and photographers.

“In conceptual art the idea or concept is the most important aspect of the work. When an artist uses a conceptual form of art, it means that all of the planning and decisions are made beforehand and the execution is a perfunctory affair.”
LeWitt, ‘Paragraphs on Conceptual Art’, Artforum Vol.5, no. 10, Summer 1967, pp. 79-83

Why Bus Shelters? Some of Roland’s favourite photographers are Edward Ruscha, Damien Hirst, Raymond Moore.  These photographers photograph everyday objects, thus making “Conceptual art.” Conceptual art is the idea (or concept) behind the work, which is more important than the finished art object. Conceptual art movement began in the 1960s. This art movement is still going strong, additionally, Roland sees it as a record of history, which if not recorded would be lost to future generations. Conceptual art can be seen as a critical reflection of the very fact of the making of art; producing self-referential works; free from that feeling or spontaneity that acts like a stereotypical prejudice in an artistic work outside of the conventional market. “The idea is the most powerful weapon of an artist.”

Roland works mostly in Derbyshire, however, he travels extensively with his personal projects. As you can imagine, Roland personal projects take more than a year to complete, he is extremely patient, organised, documenting everything he creates.

This article was proofread by Laila Khan, our new appointed proofreader http://www.transfigurephotography.co.uk/laila-khan-proofreader/