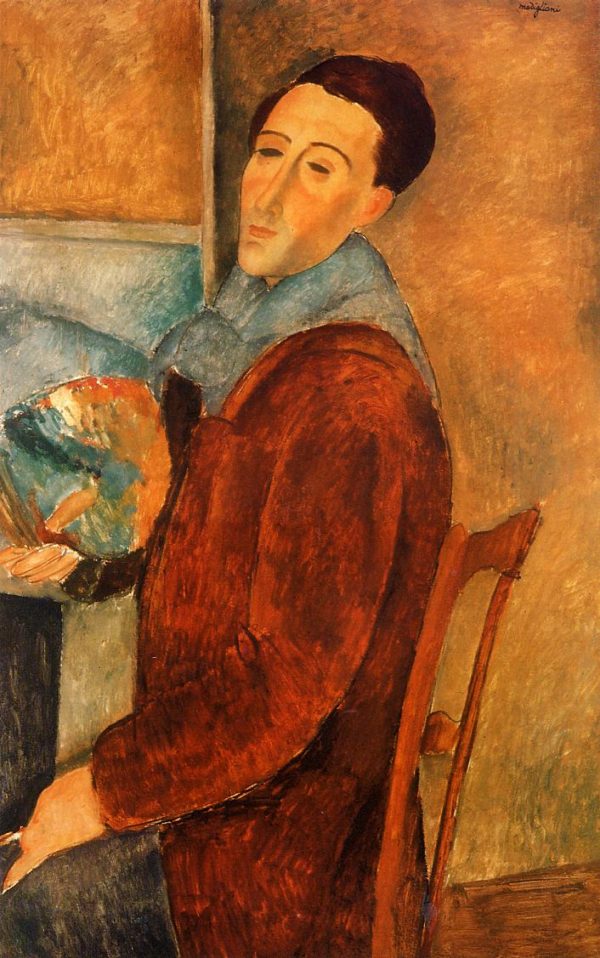 Amedeo Modigliani was surrounded by alcohol and drugs, and poverty and disease. That is why it is no wonder that he died at the age of 36, in 1920 by suicide, in absolute misery, leaving his wife eight months pregnant. Amedeo Modigliani curse also surrounded his only daughter, who died in strange circumstances years later, believing that in his death intervened the personage that she herself had chosen to guard the legacy of her father, and who had discovered that her father authenticated works that in reality he never painted.

After Amedeo Modiglian’s death, art lovers started to purchase his art work especially his nudes. For some works for which he chose professional models, while for the rest of his works employed people from his environment, as well as friends. Nude with Necklace, 1917 by Amedeo Modigliani

“Nude with a necklace” 1917 is a good example of the style of the artist. It shows the woman completely naked, only dressed in a necklace of coral around the neck. The model’s body shows simple lines that mold the volumes of her body, idealising beauty based on those suggestive curves.

And as for the face, it is the usual oval face of Modigliani, with a very attenuated nose and tiny mouth. It gives an appearance of a mask to the face, influenced by African sculpture. In this way he worked to intensify the desire for the unknown, not making a real portrait, and at the same time tried to protect the person without showing her fully.

Regarding the composition of the work, it unfolds the body diagonally on the foreground, leaving part of the figure out of the fabric, and places it on a black background in contrast to the white of the sheets, and the red quilt.

A scenario that is repeated in several of his other female nudes. Works that always have a clear sincerity and provocation. The theme of the sensual Venus of earlier centuries, such as Tiziano’s “Venus of the Urbino” or Velazquez’s “Mirror Venus.”  Modigliani does not replace them as it was once depicted in a mythological setting, but simply introduces us to these women.