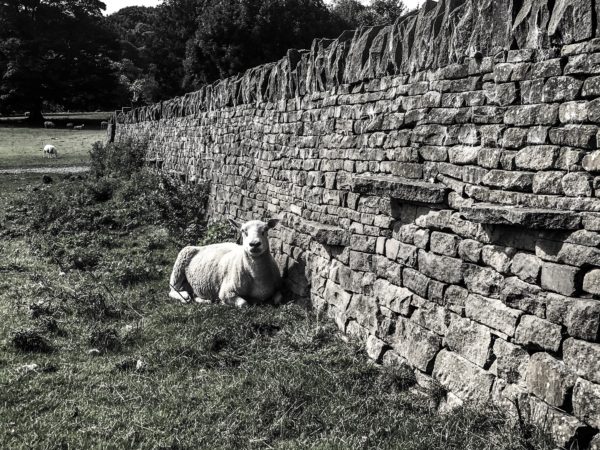 Andy Goldsworthy is a leading dry stone wall artist of his generation, creating stunning pieces such as Outclosure. He first worked at Yorkshire Sculpture Park in 1983 during an international sculpture symposium.

In 1987, Goldsworthy was a visiting artist, and in 2007 he returned to realise one of his most ambitious projects to date in celebration of the parks thirtieth anniversary. The exhibition reflected a physical and conceptual journey for both the artist and Yorkshire Sculpture Park, for which he won the South Bank Visual Arts Award. Andy Goldsworthy transformed the underground gallery into four distinct rooms – stone, earth, wood and space, and in doing so made instillations that responded to the fabric and characteristics of the building. He also developed three long term projects – Hanging Trees, Outclosure and Shadow Stone Fold all made from dry stone wall. Goldsworthy chose Oxley Bank as the site for Hanging Trees because it is the dividing boundary between two separate areas of agriculture land. He said that “the tension between tree and wall is evocative of the historical tension between a forested Landscape and one which is framed. A field, cleared of trees is the site of a battle that has occurred between a farmer and the land.” When Goldsworthy moved to Cumbria in 1982 he became aware of the relationship between the open fell and the enclosing Fold;  the free and occupied land. Outclosure in Round Wood illustrates physically the act of making places inaccessible and has been built on land owned by Job Earnshaw and Bros LTD, with their kind permission, adding further to the ideas of the ownership of access to the work.

Following on from projects in Scotland and Cumbria in which Andy Golsworthy worked with existing sheep folds in various states of disrepair, the artist consulted with a tenant farmer at Yorkshire Sculpture Park to design and replace a wooden Fold in the country park with a permanent dry stone structure which is regained to as Shadow Stone Fold.

To find out more visit