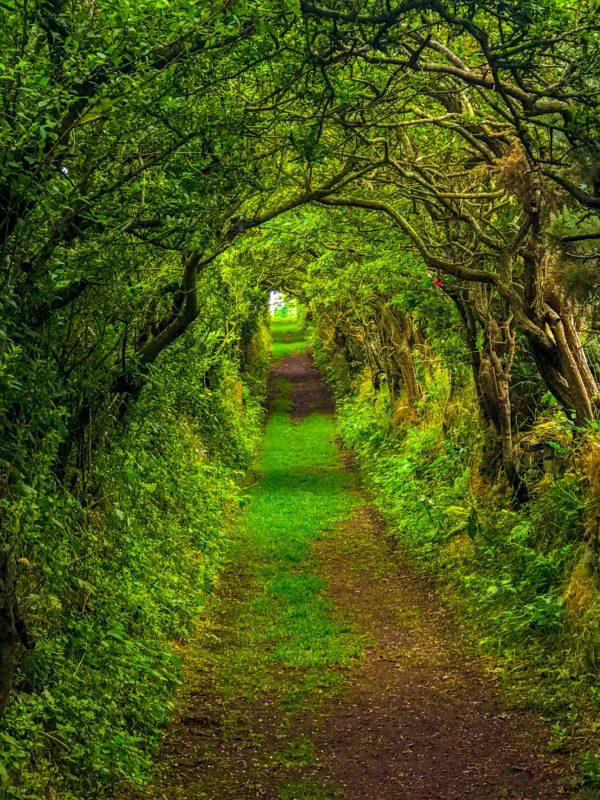 Ireland is not only a country with beautiful bays, islands, valleys and cliffs. This country has a very particular history, culture and mythology, and all this is reflective of its landscapes. Everything breathes freedom. When you come across a fairy tree, remember always bring an offering.

It seems that the nature of this emerald-coloured island was created by those who love loneliness. The turbulent climate with cold winds, even in summer, the lonely cliffs and the wilderness bathed by the Atlantic Ocean and the North sea, sometimes seem to want to haunt the multitudes of tourists. Ireland loves dark and heartbreaking stories, often giving inspiring wisdom and moral lessons. Thus, you will discover the fascinating story of Finn McCool or the great Cuchulainn hero! These exceptional strategists shine in every story not only for their warrior skills but also their intelligence. These implacable vigilantes then live fascinating stories, ranging from the story of terrible struggles, to love stories as heartbreaking as awkward!

But the heroes of Irish folklore do not always have a human face! Fairies, Leprechauns, or Jack O’Lantern are figures as endearing as they are reluctant, which fascinate adults as well as children! While in Ireland come and find a fairy tree and feel either the pleasantries or the mystical of the little folk or their bitterness. But remember to bring an offering in return. These fairy trees are found all over Ireland from Tara to Connemara, to Cork, it’s worth reading up in travel guides to find the locations before visiting. Dominating all the surrounding lands and rocked by the wind, the landscape is a haven of peace. Carried by the nostalgic-mystical atmosphere of the Island.

As I wander between under the hawthorn trees, I can feel a thousand eyes watching me. A few yards away, stand out two strangely decorated trees. I approached finding, padlocks, ribbons, mirrors, scraps of paper and keychains swaying in the branches to which they are tied.

Some may say these trees are wish trees, as one delivers a secret. Hang an offering and make a wish; that’s the ritual. Seduced by the romanticism of the idea, I hasten to learn more from the guardian of the trees.

You could mistake the trees as Christmas trees as they are laden with decoration after decoration. The branches look like the wind has tortured them as arms stretched out as if he were imploring the sky. Between the branches, in the knots of the trunk, at the foot of the tree, small offerings can be found in the way of Flower petals, blackberries, seashells. In Ireland, you do not mess with the fairies. Everyone knows that they live underground, often between the roots of trees, and that disturbing them is risking retaliation to which no one would dare to expose themselves.

A few years ago The Galway-Limerick Highway, required the cutting of a fairy tree in County Clare. No contractor would dare to touch the tree, and this set the project ten years behind schedule. In the end, the bypass bypassed the tree. The Dullahans, the terrible Irish fairies

Considered to be one of the terrifying creatures in Celtic legends, the Dullahans are demonic, macabre-looking fairies who roam the Irish countryside to accomplish their mission. These supernatural beings with great powers will give you chills in the back and make you think twice before starting alone in the dark Irish nights.

Ireland is a country of tales and legends, whose stories, are colourful. To this day, Irish mythology haunts the green valleys of Ireland, be it on the side of Tara, the royal residence of the great old rulers, or more directly on the bottom of the great dolmens and ancient circles of stones.

Because every character and creature has its own story, every Celtic symbol has its explanation. A COUNTRY BATHED IN A COMPLEX MYTHOLOGY

In Ireland, fairies have always been treated with respect and compassion. But despite this agreement between the two worlds, many accusations are made about them. The most common claim is that they come from time to time in the human world to remove a beautiful baby and replace it with a fairy, the Changeling! Changeling, the exchange of fairies

Several legends exist around Changeling (or Changeling). According to some, they are old fairies who spend a cosy retreat with humans. For others, the Changeling is a simple bit of bewitched wood left there by malice and which deceives the parents with a human appearance.

But the central legend says that fairies are often victims of painful delivery, during which the child is deformed.

Always accustomed to living in a world of absolute beauty, the fairies can not bear to keep a deformed fairy with them. That’s why they send the deformed fairy to the world of mortals and exchange for a happy and healthy one.

Many new parents still have a rolled up coat or open scissors to repel the thieves. Some parents are so afraid that they are forced to watch their baby continually.

This legend of Changeling has existed for several centuries now. William Shakespeare even used it in his play The Dream of a Summer Night, and 300 years later.