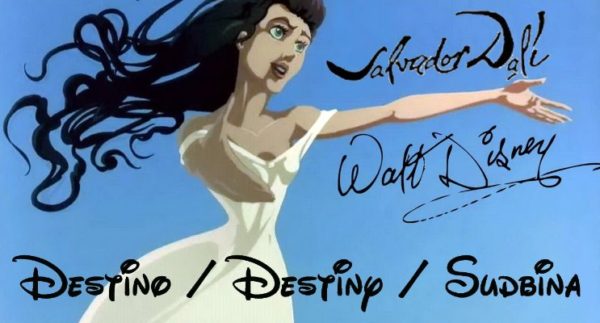 Salvador Dali Not just a painter

Throughout his career, Salvador Dalí detoured from the paintings he’s best-known for to experiment with new mediums, most famously with Louis Buñuel in Un Chien Andalou.

Dalí had both a friendship and professional relationship with Walt Disney, which manifested in years of letters sent across the world and, most gratifyingly, the stunning short animated film Destino. It’s essentially a music video for a song of the same name by Mexican composer Armando Dominguez and performed by Dora Luz, featuring the wild visuals and emotionally compelling stories for which each artist is known.

According to an article published by The New York Times, Dalí described Destino as, “a magical exposition of the problem of life in the labyrinth of time,” while Walt Disney called it, “just a simple story of a girl in search of her real love.” The film, however, is nothing less than the result of two masters plying their crafts at the zeniths of their abilities.

Started by the duo in 1945, this gorgeous melding of two great minds didn’t see the light of day until 2003, 14 years after Dalí’s death and 37 years after Disney’s. According to Barbagallo, production was put on hiatus when Disney’s company was strapped for cash during World War II, but Disney’s nephew, Roy E. Disney, unearthed the footage while working on Fantasia 2000. Working with the 22 paintings and 135 story sketches Dalí and storyboarder John Hench created before the original production was mixed, producer Baker Bloodworth was instructed to complete the film.

Hench, then in his 90s, returned to the project, along with former assistant to Dalí on Destino‘s first run, Bob Cormack. Dominique Manfrey directed the ressurection of Destino, and upon completion, it was screened at New York Film Festival, Telluride Film Festival, Chicago Film Festival, and more.