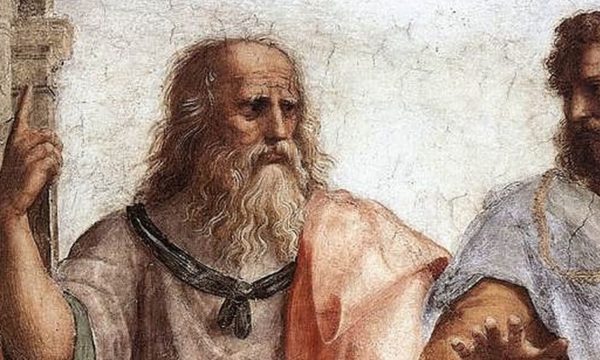 Even so, Heckel isn’t considered the “father” of the science of ecology, as after him many scientists have expressed scattered opinions about the balance of the ecosystem and the relationship of the human race with it. Charles Darwin, Eugene Warmin, Charles Linnaeus, and Heinrich Muller are to date considered together with von Heckel as the theoretical pioneers of the Ecology movement. Having read this, two questions arose in mind for me:

Can we, however, find out more about these scientists thoughts in the writings and philosophy of the ancient Greeks?

And can we also recognise practices of coexistence of the ancients with the environment, in the daily lives of our ancestors?

I was thinking about the ancient Greeks of all people as I wondered if religion and philosophy played its part in people or their followers finding connections between life connected closely to our plants and sustenance, thus natural environmentalists. So of course I did some research last night when I got in and flipped through some pages and found this quote by Donald Hughes who wrote

Quite a mouthful, so I decided to look at the other side of the coin and turned to the Bible. After much keyword reading I found this verse from Genesis 2:15

“The Lord God took the man and put him in the Garden of Eden to serve it and to guard and protect it.”

In the field of philosophy, in the writings of Greek philosophers “about nature”, the basic principle of unity of nature, the influence of nature on human behavior and the assumption of natural harmony as a measure of human society are recognised.

The works of Hippocrates demonstrates the effect of the environment on health, but also on the character and creativity of the peoples. The position of ecology in the economic thinking of ancient Greeks is remarkable, sustainable economic development thought out during ancient times. In the financial writings of Xenophon and Aristotle, they strongly emphasise the avoidance of excessive production of goods, leading to unnecessary enrichment, generosity, waste of resources, exploitation of people and, ultimately, a distortion of human character.

So why didn’t we listen back then, or more importantly, today?

The Greek historian Herodotus was the first to observe the behavior of the animals in their natural environment and the philosopher Theophrastus, a student of Aristotle, who wrote the History of Plants and the Plant Causes, was very much concerned with the ecology of the landscape. According to Theophrastus, there is a harmonious relationship between the plant and the landscape. He wrote plants in their “intimate place”, always grow better.

Plato even wrote in Timaeus in c.360 BC:

“Indeed, the world has been built to give itself to itself to feed what he is destroying himself.”

When I read this I think Plato refers to the natural deterioration of the ecosystem and yet he understands that through time the earth regenerates itself.

The Greek physician Hippocrates in his work on Gases, Waters and Places finds that the health of people, as well as their mood and creativity, are shaped according to the natural environment in which they live, but also by factors such as drinking water quality, nutrition, and climate. There were many deities having a direct connection to the natural environment and its protection, such as Gaia, Demetra, Artemis, Persephone, Rea-Kyveli, Dionysus, Panas and the Nymphs of the forests, Naïades for the waters, and the Orestians for the mountains. Still, many rivers had acquired divine dimensions, causing the inhabitants around them to worship and respect them.

In many parts of ancient civilizations, there were many festivals dedicated exclusively to the worship of nature and the changing of the seasons. A common practice was to ban logging, fishing, and hunting in and around holy places such as groves, temples, fountains, and altars, as the divinity that lived in the place also existed in all the elements of its natural environment.

We can reflect on the ancient ecologists and look deeper into their philosophical thinking. They understood what is meant by the natural order and all what is given to us naturally come from the elements and nothing was wasted.

Valler E. – Korma M., Environment and Antiquity, in the journal Archeology and the Arts, issue 35

Editing: Guta A., Ancient Greeks and the Environment – Laws, Myths and Ecological “Sensitives” Thousands of Years, in Technogrofema, issue 377, June 2009

Kountouri N., The Ecology in Ancient Greece, in the newspaper Dryas, leaf 53, October 2002

Edited by: Manolaz E., The Natural Environment in Ancient Greece, Issued by the Department of Forestry and Management of Environment and Natural Resources of the Democritus University of Thrace, Komotini, 2010

Reportage: Bazou B., The Ecology in Ancient Greece, in the newspaper The Mountai, in the insert The Green Mouse, Issue 21, June 2011