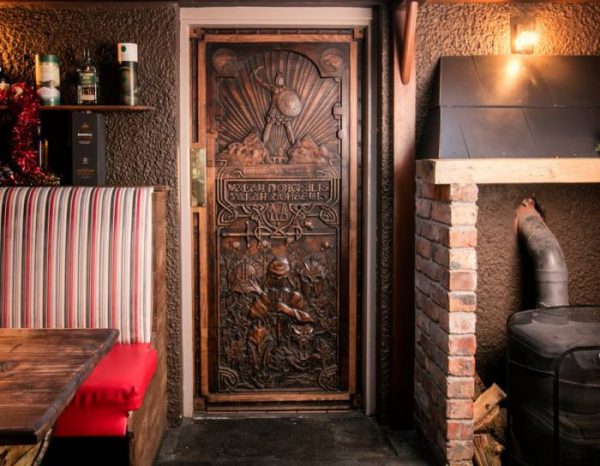 Game of Thrones In Northern Ireland

Ever since visiting the city of Dubrovnik in Croatia for the filming locations used in The Game of Thrones. I have always wanted to visit Northern Ireland. You could say I’m a Tyrion Lannister, The Red Priestess and The Hound fan.

Even though the series finished a few months ago, it’s still very fresh in my mind. Before I departed for the holiday I watched as many old episodes as I could before travelling to Ireland. Many of my Game of Thrones t-shirts were in my suitcase in case another fan ventured my way.

Game of Thrones In Northern Ireland

The Game of Thrones route in Northern Ireland becomes a formidable excuse to enjoy a beautiful collage of ruined castles, abbeys and course stone circles. Looking up at cliff faces which could cut like Valyrian steel swords and the volcanic basalt corridors made for the Hound to walk over to fight Brienne. Off course this scene wasn’t shot at the Giants Causeway but imaginations can run wild when one wants to.

There is no doubt that the magnitude of Game of Thrones has exceeded any expectations. It has become a worldwide phenomenon in many areas. Among them, tourism, which some of the extras have created a business as tour guides — telling fans secrets of the filming and the cast members.

Filming in Northern Ireland has many advantages; one is tax breaks and the other is the beautiful landscape. Titanic Studios in Belfast, which has many hanger type buildings were the first choice to use for the green screen scenes.

Other countries that have been lucky enough to have their landscape used in the series have been Malta, Croatia, Iceland, Morocco and many corners of Spain.

Ireland became the land of Ice and Fire overnight. The parallel universe divided into four continents and seven kingdoms, spread over Ireland like potatoes in a field. With white walkers and hot sex between Jon Snow and free folk spirited warrior Ygritte, Ireland gets your blood pumping.

HBO has used every tactic as possible to promote the series and Ireland. A smart example is creating a Game of Thrones Territory passport. These passports you get stamped when visiting Game of Thrones trail of doors. Each door represented a scene from the series. Doors of Thrones: Winter has Arrived

The filming location of Dark Hedges leading up to Gracehill House in Co. Hurricane Gertrude, unfortunately, hit Antrim with its avenue of centuries-old gnarly beech trees after the filming had taken place.

The hurricane uprooted a couple of ancient beech trees and HBO decided to purchase the trees.

The trees became ten doors, which were CNC, by a company in Ireland. Each door represented scenes from the sixth season of Game of Thrones.

These doors, although look handcrafted, got distributed to pubs and hotels in Northern Ireland. Located close to significant filming locations so fans could visit the doors and have their photo taken and the passport stamped to evidence the visit.

To learn more about the doors, visit  www.irlanda.com/doors In addition to the wood craftsmen, the Irish master weavers also celebrated the Westeros saga, creating a magnificent tapestry, 77 meters long in Bayeux style. Made with Northern Ireland linen, the tapestry illustrates the previous seasons of Game of Thrones, from 1 to 6, depicting some of the critical episodes of the series. The tapestry exhibited at the Ulster Museum in Belfast, Northern Ireland.

With the door trail, the tapestry visit, the filming locations all these have encouraged the presence of Northern Ireland in the European tourist landscape.

Tapestry at Ulster Museum in Belfast

The Game of Thrones Touring Exhibition

If you want to experience Game of Thrones, why not visit The Touring Exhibition currently located at TEC of Belfast. The exhibition combines costumes, authentic accessories and majestic elements. Taken from the seven seasons of the series to create an interactive and immersive Game of Thrones experience like no other.

The largest public exhibition of Game of Thrones is available from April 11, 2019, to September 1, 2019, at the aforementioned 5,000 m2 venue. It is an essential part of the incredible legacy of the show in the region.

Fans can truly immerse themselves in Westeros and Essos, as well as relive the trials and tribulations of those struggling to survive in the shadow of the Iron Throne.

The exhibition gives fans the experience of their life. With a close and personal look at the art and crafts behind the Emmy Award-winning series.

My sincere opinion, it wasn’t worth the money. £17.00 to enter and £5.00 to park. I thought the cost was rather steep, yet if you are a fan, you would visit it anyway.