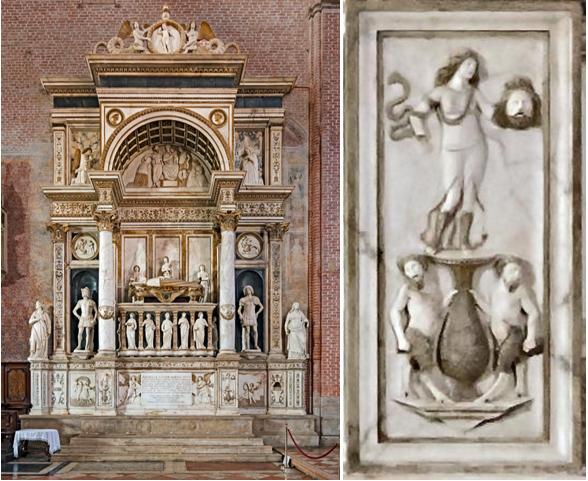 Also in the fifteenth century, the sculpture Judith and Holopherne of Donatello, where one sees the heroine, sword raised, ready to cut off the head, is considered an allegory of freedom defending Florence. [figure 1] The Medici appropriated the figure of Judith in their turn in 1466 by adding an inscription on the pedestal of the statue of Donatello in order to celebrate a victory of Peter de Medici. Moreover, the statue trôna for a time at the Palazzo Vecchio, heart of the city; before being replaced by that of David. The old paintings benefit from a rediscovery. Or rather, some writers recognize in the images of the myth something of themselves. Deprived of its religious aspect, Judith gradually becomes one of the archetypes of the seductress, the femme fatale. She is a saint who is perverted, the one who seduces, who yields to the advances of the enemy to better deceive him.

Thus, Judith of Allori inspired Tourgueniev who created a heroine in Judith image in Les Eaux printganières [figure 3]. Gérard Gavarry also refers to Judith for the writing of one of his works: “One of the Judith of Cristofano Allori, a picture whose image constantly encountered at the end of December will fill my desk … throughout the six years that will take me writing Hop there! one two Three. Nothing here but a butcher […] but more than the sweetening / sublimation of the scene, strikes me the ambiguous, not to say perverse aspect of the Heroine.

Some early painters, such as Allori or Domenichino, had long anticipated the shift in nineteenth-century literature. As such, the Judith and Holofernes of Horace Vernet (1829) will shock more than one commentator. Thus, when the painting was exhibited at the Salon of 1831, several newspapers reacted. For Le Constitutionnel, “the Judith de Vernet is absolutely not biblical,” while Le Journal des Debats reproaches the painter for having reduced the subject “to dimensions too mundane and even romantic. […]”