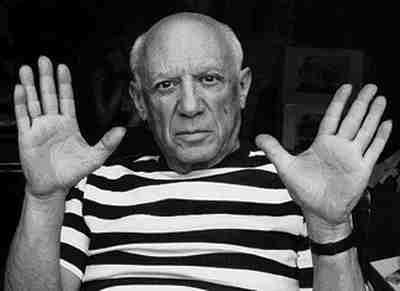 The muses of Pablo Picasso play a central role in his art, entire periods can be identified with his respective muses. “Nude Seated in a Chair” (1963) shows Jacqueline Roque, whom he met in 1952 and married in 1961. 45 his junor, she became the artist most important muse during his last twenty years, a symbolic figure of feminity; beauty; and male desire. Picasso’s art work of Jacqueline Rogue exhibt everfresh inspiration which is noted in the boisterous brushwork. In these years, Picasso frequently painted Bucolic or Arcadian scenes. One often encounters a flutist courting a woman in them, a theme which was highly popular in Venetian Renaissance painting such as in the art of Giorgione and Titan.