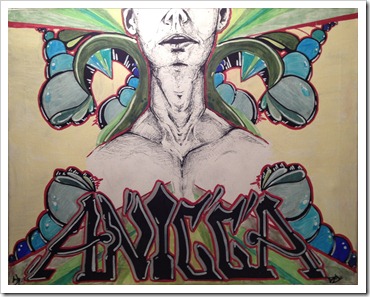 Painting and music reduces stress, every artist who works in a quiet environment is often accompanied by good music, classical, rock, hiphop, this helps a lot in the creation of an artist process, helping to unleash the deepest sense of the soul, after the painting is a reflection of the artist’s state of mind itself.

Just like music, painting is therapy, the union of the two is always beneficial, always welcome, because they form a perfect marriage. When looking at the canvas try choosing good music to relax, or depending on what will paint a song to vent all the energies, the style of each is manifested according to what the person most identifies, or too black or too bright, or too much sky or vegetation, no matter what you paint, the important thing is how you will paint.

A painting can transmit much of what the artist is feeling at the time, the music can be a determining factor in the context of the work, conveying not only the beauty but more importantly, the feeling of the artist.

Katie Wyatt an Australian abstract and expressionism painterlistens to music as she paints.

“Music is such an important part of my painting process. I have an iPhone speaker dock which is always playing in the studio. I have a playlist of favourite tracks from Sarah Bareilles, Brooke Fraser, Ed Sheeran & Coldplay. Painting is a solitary pursuit so it’s nice to have the background music.”

Graffiti and Surrelist artist EsKor, from New Jersey USA, listens to music as he works

“I listen to anything really from music with Jazz influences, to Rock and Underground Rap. Chances are I’m listening to music such as the groups: Lack of Afro, Hird, Amy Whinehouse,Gnarles Barkley, Jill Scott, Deftones, or the Roots. Calming/Chill out music is the best.” Wassily Kandinsky was inspired by a performance of Wagner’s Lohengrin, the artist used colors and shapes to evoke sounds and named his paintings as if they were musical pieces, such as Composition 8  (in the Guggenheim Museum’s permanent collection). His other musically inspired works have titles such as “Improvisations” and “Impressions.” These works do not attempt to represent the “subjects” of the music but to actually visually recreate the music itself, with shapes and colours creating tension and tempo from the original. In the Tate Modern’s exhibition catalogue for “Kandinsky: The Path to Abstraction 1908-1922”, the German artist Bruno Haas speaks of the clarity of Kandinsky’s painterly “syntax” and describes how Kandinsky’s families of colours resonate with one another to produce visual “chords.”

The heart of Kandinsky’s connection to music, of course, is found not in his titles or theoretical self-justifications but in his works of art. And here it is clear that however arbitrary his scaffolding of theory, he had genuinely arrived at a way of playing on the canvas with the tensions and relationships between pure colours. James McNeill Whistler, like many artists, went through musical periods in his painting career. In the 1860’s he started working on what he called “Harmonies”, then experimented with “Nocturnes” in the early 70s and eventually moved on to “Symphonies”. Two such works, Harmony in Pink and Grey: Portrait of Lady Meux, and Symphony in Flesh Colour and Pink: Portrait of Mrs France  hang as bookends in The Frick Collection.

His love for music in all forms manifests in two large murals framing the Metropolitan Opera (Lincoln Center Plaza, Broadway at 64th St.): The Triumph of Music and The Source of Music. Abbott McNeill Whistler – Nocturne in Blue and Silver- The Lagoon

As I site possessor I believe the content material here is rattling excellent, appreciate it for your efforts.
You should keep it up forever! Good Luck.