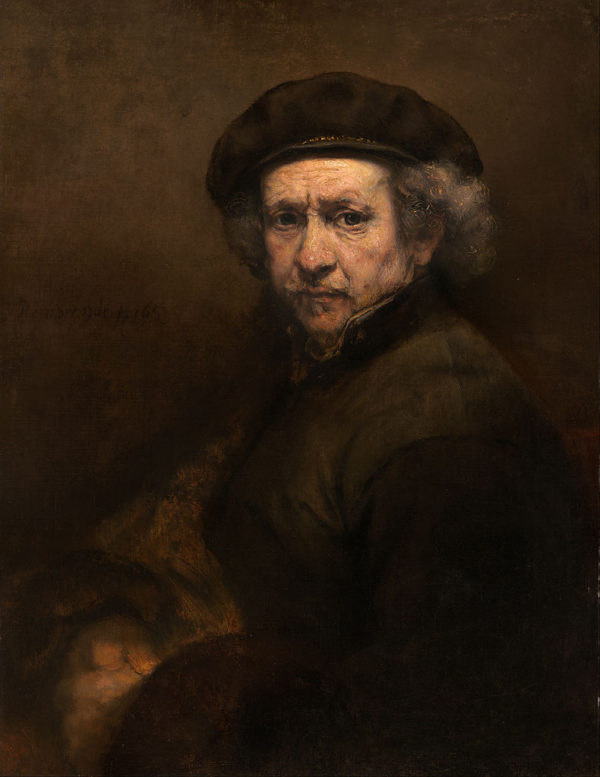 When Rembrandt Harmenszoon Van Rijn came into the world, the United Provinces (present-day Netherlands) had not yet succeeded in freeing themselves from the tutelage of the kings of the House of Austria, a situation which they did not reach until 1648, when they succeeded in creating a rather peculiar independent republic.

Rembrandt lived, therefore, in a time full of changes for the Dutch; In a historical moment that allowed the citizens to affirm their identity, based on religious tolerance and a political system that favored the interests of the bourgeoisie. Indeed, Rembrandt’s time is the time when Holland claims itself as an economic power and its ships sail through all the oceans, carrying riches and goods from all over the world to the ports of the North Sea. It is the period of apogee and splendour that denominates the “Golden Age”, in which many of the characteristics that still today, define Holland as country.

In this social and cultural context, Rembrandt showed from childhood great qualities for painting. Towards 1630 he is already established in Amsterdam and began to receive orders that consolidated his reputation as an excellent painter. The result was extensive work (although not as vast as Rubens’) in which the artist shows his mastery in the handling of colour, composing the chiaroscuro that attracted him so much and using a very characteristic, firm and solid brushstroke. The characteristics of Rembrandt styles which stand out are:

– Use of chiaroscuro that degrades in golden shadows. Light has symbolic and psychological value, as well as formal
– Use of forms suggested by dense and broad spots
– Loose brushstrokes and large, thick fillings
– Realism impregnated with idealism and spirituality
– Concern for capturing the psychology of the portrayed, his mood
– Wide variety of subjects: religious, mythological, portraits, collective portraits, self portraits, still lifes, landscapes

Biblical works represented about a third of Rembrandt’s entire artistic production, which was unusual in seventeenth-century Protestant Holland, since there were no commissions on the part of the Church and religious art was not considered important. His first works of biblical theme presented an accentuated drama, within the tonic of baroque taste.

One of Rembrandt’s first major public commissions in Amsterdam was Dr. Tulp’s Anatomy Lesson (1632, Mauritshuis, The Hague), a work which portrays members of the guild of surgeons gathered in a practical class of dissection. These group portraits constituted a unique genre in Holland and provided large income to artists in a country where neither the Church nor the royal house acted as patrons of art. The works of Rembrandt surpass the commemorative portraits realized by other Dutch artists, through the interesting pyramidal structuring that brings naturalism to the scene. Rembrandt’s work varied markedly throughout his life. In his first stage (1624 – 1640 approx.) His paintings are quite small, but rich in details (for example in clothes and jewels). The theme is mainly religious or allegorical.

During his early years in Amsterdam (1632 – 1636), Rembrandt used large formats and strong tones depicting dramatic scenes. At this time he painted many portraits. Other paintings have biblical or mythological scenes. At the end of the 1630s, Rembrandt painted several landscapes, and recorded etchings on nature. The landscapes are tortured by natural forces, with trees felled by the storm, or ominous skies with dark clouds.

Rembrandt – “Diana Bathing with her Nymphs, with the Stories of Actaeon and Callisto” 1634

From around 1640, his work become more sober, reflecting the family tragedies he suffered. Exuberance was replaced by deep inner emotions. Biblical scenes were now more frequently derived from the New Testament rather than from the old, as was the case prior to 1634. In the 1650s, the style changed again; The paintings grew in size, the colours became warmer, the strokes stronger. In his last years, Rembrandt painted some of his most beautiful self-portraits, showing a face where sorrow and sadness left their mark. The Night Watch was commissioned by the Amsterdam Arcade Corporation to decorate the Civic Guard Headquarters in Amsterdam. Hence its large dimensions. On the occasion of a transfer, in 1719, the painting suffered a cut on its four sides. We know the original format for two copies (a watercolor and oil) of the seventeenth century. Genre: This is a corporate portrait, typical of the Dutch pictorial tradition. Rembrandt received 1600 guilders for this commission (100 for each of those portrayed, probably the two officers paid more, to occupy a preeminent place in the picture). The painter represents the moment when the Company is launched, directed by Captain Cocq and Lieutenant Van Ruytenburch. 16 soldiers appear, carrying flags, muskets, halberds, drums. We also see other characters: three children running and a barking dog, added by the painter to animate the scene. Composition: very complex, apparently disordered. It presents the group spontaneously and freely, captured in an instant, as if it were a photograph. There is enormous animation and noise, each one does different things, in the most varied attitudes and postures, with live movement. The center of the composition is formed by the captain and the lieutenant, the rest being organized in triangular groups, with a curved movement. Some figures are very visible, but others disappear in the penumbra and we only see their heads. The characters are placed in four planes of depth; There are many lines, with a predominance of diagonals and zigzag to give dynamism.

The Light
The light: is the real protagonist, uses it to compose the picture. The technique is tenebrista, influenced of Caravaggio. The painter is worried about the chiaroscuro. It creates zones of golden gloom in front of others that are strongly illuminated, blind and dazzling (like the girl running, with a rooster hanging in the belt). The light emanates from the interior of the figures, unreal, creating a magical and mysterious atmosphere.

The colour: it is very rich, full of contrasts and nuances. Emphasised the bright yellow of the lieutenant’s suit, with an orange red sash, in front of the black of the captain’s suit in the center of the picture. Predominant warm, golden tones. The color has been applied with wide brush strokes, spontaneous and pasty.

The drawing : Rembrandt paints without support of the drawing that loses importance in front of the color. The contours are diluted. The picture is made up of light and color.

Style : we observe all the typical characteristics of the Baroque: compositions full of movement and dynamism, with predominance of diagonal lines and curves; Colourful rich and varied, with a colour that unifies the picture (the golden one); Contrasts of lights and shadows; Devaluation of the line; Realism and taste for detail; Lack of clarity and confusion (the most enlightened is what we least perceive, as the enigmatic girl), etc.

Rembrandt, “The Night Watch” The Meaning

Meaning : the painter turns a normal event of Dutch life into a grandiose fact. It mixes the collective portrait with the history picture and realizes a real revolution, as much by the novelty and daring disposition of the portrayed as by his fabulous technique. Breaks with the conventions of the group portrait. Rembrandt orders the portrayed not by their hierarchy but by plastic reasons, subordinating their particular interests to the unit of action. Most of those portrayed complained that they did not appear clearly or accurately showing the range they possess. The painter demonstrates his freedom of spirit and modernity.