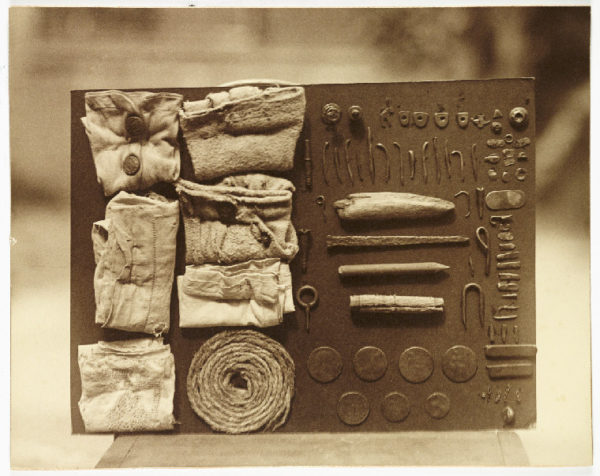 Still Life with Liqueur and Fruit, by Raphaelle Peale

For subject matter, still life artists now turned to material possessions representing leisure and business. Often these man-made objects were captured with impressive illusionism, resulting in a trompe l’oeil effect. This art technique uses realistic imagery to create an optical illusion that the depicted objects exist in three dimensions, this was practised by a new bred of painter such as William Michael Harnett which his still life painting entitled “Violin and Music.” The famous and iconic Pepper number 30 photograph by Edward Weston is a fantastic example of how a common subject can become something very intriguing and even mysterious when observed and photographed by a photographic master. Edward Weston’s approach to still life photography is very much straight forward, not using any additional compositional elements other than light and shadow to make his subject come alive. It’s something very commonplace made extremely unusual, just by seeing the intricate beauty of a specific subject and make it come alive using light, shadows and black and white to the subject’s advantage.

“Anything that excites me for any reason, I will photograph; not searching for unusual subject matter, but making the commonplace unusual… I want the greater mystery of the things revealed more clearly than the eyes see, at least more than the layman.” – Edward Weston [1] In this still life entailed “Still life” by photographer Clarence White, bubbles were sometimes included in still life paintings as a reminder that nothing is permanent. White frequently used glass globes and crystal balls in his symbolist photographs. I look at the photograph by Frederick William Bond entitled “Contents of an ostrich’s stomach” (c1930). A photograph of contents with a full list of the items found by Bond, who worked in a zoo: three odd cotton gloves, three handkerchiefs, the wooden centre of a silk spool, a piece of lead pencil, four halfpennies, one franc, one farthing, one coin too worn for identification, part of a bicycle valve, part of a metal comb, one piece of wood, two yards of string, an alarm clock key, several small metal washers and other pieces of metal – and a four-inch nail. Contents of an ostrich’s stomach (c1930) by Frederick William Bond

Henry Fox Talbot published a book of his photographic still life experiments in “The Pencil of Nature” (1844). His still life “The Open Door” (1844) plays with light and shadow. We could look at this as an attempt to create a photographic image in accord with the renewed British taste for Dutch genre painting of the seventeenth century. In his commentary in The Pencil of Nature, where this image appeared as plate 6, Talbot wrote,

“We have sufficient authority in the Dutch school of art, for taking as subjects of representation scenes of daily and familiar occurrence. A painter’s eye will often be arrested where ordinary people see nothing remarkable.”[2]

With this concept in mind, Talbot turned away from the historic buildings of Lacock Abbey and focused instead on the old stone doorframe and simple wooden door of the stable and on the humble broom, harness, and lantern as vehicles for an essay on light and shadow, interior and exterior, form and texture. Paul Outerbridge is famed for playing with dark shadows to create Surrealist still life’s like “Ide Collar” (1922), this was an advertisement shot from November 1922 issue of Vanity Fair. As his work became smaller and more simple, it also began to take on a deeper emotional edge. A piece of fruit on a plate, a glass of water on the windowsill—under Sudek’s lens such simple objects seem to acquire a sort of sobriety and gravitas that’s almost at odds with the buoyancy of the light.

“Everything around us, dead or alive, in the eyes of a crazy photographer mysteriously takes on many variations, so that a seemingly dead object comes to life through light or by its surroundings.”[3]