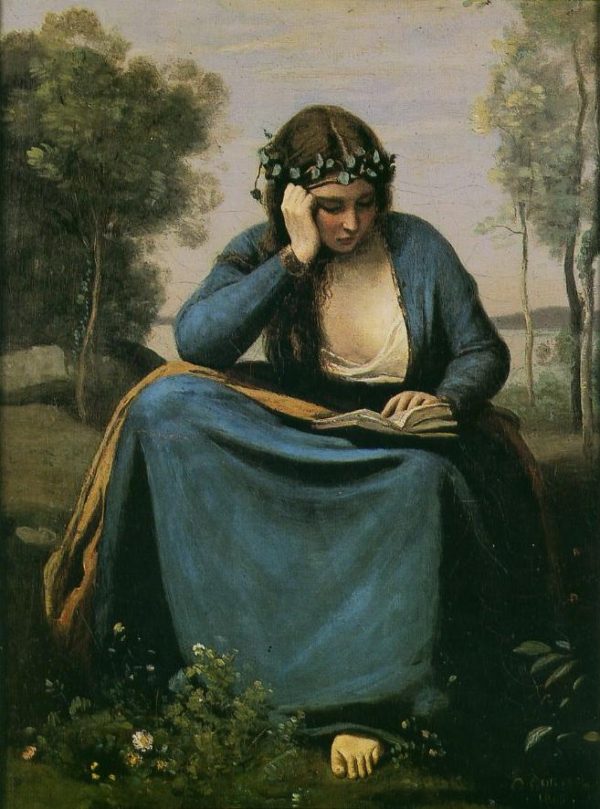 What makes a text literary? The literary ability confers the way of narrating and ordering events. In the Prague Circle [1] the concept of literaryness arose for the first time; R. Jakobson affirmed that the “literary thing is not in the ornaments of the text, but in the revaluation of the same, because the purpose of the author is aesthetic.”

1. Polysemy of the term “literature”. The definition of literature changes depending on the sociocultural and historical context, and only in the nineteenth century it acquires the contemporary meaning (in the eighteenth century it was called literates to poets and to scientists such as Newton were known as literates). “Literature” derives, etymologically, from Latin Littera , which means “letter” or “what is written”. For its etymology, then, literature is linked to culture, as a manifestation of beauty through the written word, but this definition leaves out the literature of oral transmission, which is the first known literary manifestation. Thus, it is better to speak , following the example of Aristotle, that is, “the art of the word”: literature is an art, and therefore, relates to other arts, and has an aesthetic purpose.

Aristotle’s Poetics is the first important theoretical text in which the question of defining the art of writing is discussed. However, when Diogenes Laercio alludes to the work of the Estagirita, it refers to a treaty in two volumes, so we must bear in mind that we lack the second [2].

Throughout history there has been no consensus to reach a universal definition. Literature, in the context of literary criticism, is understood as the set of texts that are the product of the art of the word (J. Domínguez Caparrós).

There have been different attempts to define the concept of LITERATURE [3] :

–ROMAN JAKOBSON: “the object of literature is literality, which is what makes a given work a literary work” Born with the Russian formalists the concept of literality, understood as something more than the fidelity of words to a meaning ,

-TZVETAN TODOROV: “Literature is a means of taking a stand against the values ​​of society; Let’s just say it’s ideology. All literature has always been both: art and ideology “

-JOAQUÍN XIRAU: “Literature, like art, is one of the highest forms of consciousness, is a form of knowledge and self-recognition”

-MARÍA MOLINER: “Literature is the art that uses the word as a means of expression, the spoken or written word”

-WOLFANG KAYSER proposes to change the term “Literature” to “Fine Letters”, to be able to differentiate it from speech and non-literary texts.

The definitions have been many, but we can group them, following Tzvetan Todorov ( Les genres du discours , 1978), in structural and functional. From the structural point of view, literature is characterised as being imitation and for using a systematic and self-sufficient language (it is autotelic in the sense that it seeks only to “say to itself” and may be opaque).

These types of definitions have their origin in Aristotle as regards the characteristic of imitation ( mimesis ), while the aspect of language as an end in itself reaches the present through the German romanticism, symbolism, Russian formalism And the American New Criticism. For example, for the formalist Roman Jakobson (1896-1982) literature “designates that type of message that takes its own form by object, not its content”. It is he who formulates that “If literary studies want to become a science , Must recognize in the procedure their unique character “. His research focuses on narrative structures (Propp), stylistic (Eichenbaum, Bashtin, Voloshinov), rhythmic (Brik, Tomashevski), sinoras (Brik, Jakobson), without excluding literary evolution (Shklovski, Tinianov) And society (Tinianov, Voloshinov), etc. In his Poetics (” Let’s talk about poetry”, 1447a) Aristotle tries to define techné (art) in prose or verse , “Art that imitates only with language … has no name until now” 1447 b. The difference between verse and poetry, but for him, verse is not an essential characteristic of poetry: ” the poet must be an artifice of fables rather than verses” ( Poet 1451b)

For Aristotle lies the verisimilitude : It is not the task of the poet to tell what happened, but what could happen and what is possible according to verisimilitude or necessity. For the historian and the poet are not differentiated by writing in prose or verse (for it would be possible to put the works of Herodotus in verse and it would not be less history with meter than without meter), but they differ in that one counts what has happened and another what could have happened. Poetry is more philosophical and serious than history, for poetry recounts rather the universal, and history the particular (Aristotle: Poetica , 1451a).

One of the Aristotelian concepts that must be considered is, therefore, the VERISIMILITUDE, the quality of that which recounts a text, could have occurred. This art that imitates human action is configured in the FABULOUS (mythos) or ” composition of facts ” – another fundamental Aristotelian aspect -, the fundamental element of the tragedy ( Poet., 1450 a), the mimesis of action . The fable does not constitute, for Aristotle, a literary genre, but an element of rhetoric that must facilitate that the poetic work is an entire whole whose elements are united by a necessity that unites the parts to each other.

The third Aristotelian aspect to consider is that of catharsis or “purging of certain affections”. Western poetics is based on the Italians of the XVI (Minturno, Scaliger, Robortello …), and through them emerges the oldest Spanish poetry, the Ancient Philosophia Poetica (1616) of the Hellenist (was a doctor, translator and poet) Alonso López Pinciano (1547-1627). In it he tries to restore the doctrine of Aristotle: imitation is considered as a general fact in nature, and unfolds in natural and artistic; Language is the only thing that creates difference.

Ignacio de Luzán (1702-1754), diffuses Neoclassicism in Spain with his Poetics or Rules of poetry in general and its main species (1737 and 1789), which emphasises that the characteristic of imitation is not enough to define Poetry, because it can be confused with other arts, being once again the language in verse that characterises this art: ” Imitation of Nature in the universal or in the particular, made in verse for usefulness or for the delight of men, or for One and the other together . “ It attaches great importance to verisimilitude , whose foundation is none other than opinion: ” Everything that is credible will be credible, everything that is according to our opinions will be credible.”

Reader, a painting by Honoré Daumier.

Jakobson sees in language the characteristic that turns a text into literary.

2.4. R.Wellek and A. Warren ( Theory of Literature, A Seminal Study of the Nature and Function of Literature in All Its Contexts, 1949) retake the structuralist definitions in their chapter “The Nature of Literature” where they speak of “the particular use made Of language in literature “. “Language is the material of literature the stone or bronze is of sculpture, paints of pictures or sounds of music”

This author argues that the question “what is literature?” Is poorly posed, and that the important thing is to define the characteristics of literary texts: ” Literary texts are not defined as those of certain shape or structure, but those pieces of Language used in a certain kind of way by the community. They are used as literature “

The poetic function of language allows the creation of a fictional universe, and it is language that “ has sufficient power to organise and structure entire expressive worlds.” Literary language constitutes a closed and semantically organic discourse of context , which imposes its own truth.

Todorov does not defend these types of definitions, but prefers the functional ones. They are the definitions of the literature that characterise them by relation to something that is external and what it must do. It is the perspective adopted by Marxist critics. Literature is included in the social dynamics, its ideology, its space and its time, and is focused on dialectical materialism (as philosophy) and historical materialism (as a social process), linked to a context that determines a concrete vision of the world . Representatives of these theories are Lukács, Adorno, Walter Benjamin, Goldman and Terry Eagleton.

Semiotics study the behavior of the linguistic sign in the social environment, and in that context, literature is a concrete expression of a code. These types of definitions integrate the structuralist and functional, and take into account the feature of the communication of the literary fact: ” Literature is a language of the kind of special communication that is art ” (J.Domínguez Caparrós)

J.Domínguez Caparrós considers such definitions preferable, because ” although literature changes from one period to another, from one society to another, in its description it must integrate textual and extratextual elements as characterising the type of artistic communication of which it consists.”

What does seem true is that in recent times the concept still has no definition that appeals to all critics. As stated by Fernando Cabo Aseguinolaza and María do Cebreiro ( Handbook of Literary Theory , 2006, page 71 ), “Terms such as paraliteracy reflect well the conceptual discomfort before a certain type of texts that even fulfilling the formal requirements that define the Extension of the literary, do not meet other demands “

For more information on this topic, see ” Basic Concepts of Theory of Literature “, by Jesús G.Maestro

[1] The Círculo de Praga gave rise to RUSSIAN FORMALISM, which was consolidated between 1915 and 1930 in Russia. They were called formalists because they focused on the literalness of texts rather than their ideological content. The characteristics that determine the literary are:

[2] That second volume was also unknown to the late grammarians and Byzantines. The history of the Poetics in antiquity is obscure and no comment is known of it until the point that the old writers always quote it of second hand. In the Middle Ages, however, it was translated into Syrians in the 8th century, and in the 11th century in Arabic, a version that was used by Averroes [2], whose commentary was published in 1451 in Venice, translated into Latin. Aldo Manucio gave the first edition of the text in 1508. Borges (1899-1986) in his short story “La búsqueda de Averroes” reflects the difficulties Averroes encountered in explaining Aristotle’s text without seeing or knowing what theater was, The author finds himself having the same difficulties to speak of Averroes and of a Espala of century XII to which only arrives by few scant biographical notes. This story depicts clearly a parable of the “impossibility of the theory of literature”