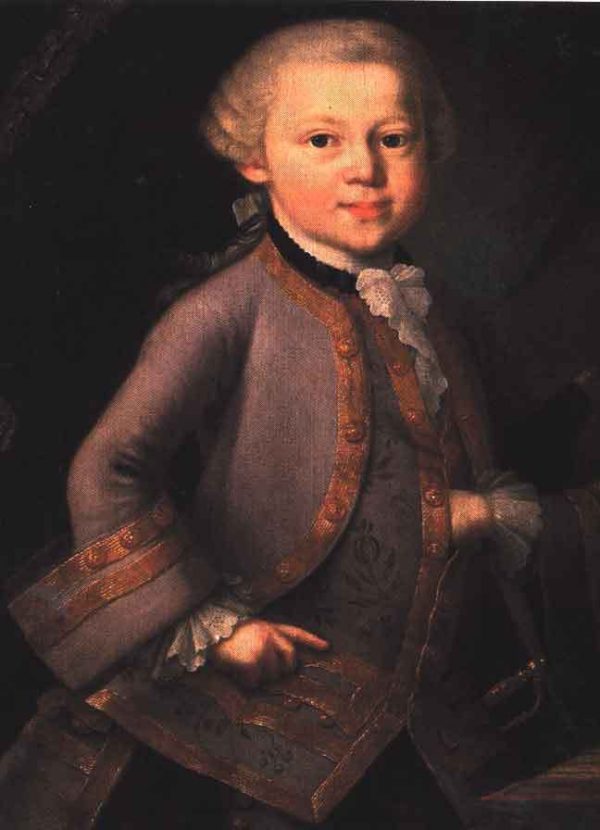 Born on January 27, 1756 in the city of Salzburg, Austria, Wolfgang Amadeus Mozart one of the greatest geniuses of classical music. As a child already had a great musical talent, and his father, Leopold Mozart, who was a composer encouraged his musical son gifts. With the support of the father he began to write short duets and compositions for the piano still in its infancy.

In the early years of the 1770s, he visited Italy three times, where he composed the opera “Mitridate” which was a huge success, soon after he returned to Salzburg where he worked as concert master of composing masses, church sonatas and serenades. Already in the 1780s he began to live off the income from their concerts and the publication of his works and private music lessons. The first part of this decade was the time most successful of his life, where he composed important works of success as Idomeneo and the Abduction from the Seraglio.

On August 4, 1782, Mozart married Constanze Weber, the two married without banns and without parental consent. Constanze gave him the inspiration he needed for his compositions. Several works were written for them, including the soprano part of the Great C Minor Mass , which it at its premiere in Salzburg Peter Church should sing. She accompanied him on most of his trips. Soon after composing his first work “The Marriage of Figaro” in 1786 with the help of Lorenzo da Ponte poet, this work did not get a great success in Vienna, although it has attracted the attention of many people in the city of Prague. Mozart ended up getting an invitation to write a new opera, which resulted in “Don Giovanni”, considered his great opera.

Even with the great success of his works, Mozart begins to face financial and health problems at that time composes his last two operas “The Clemency of Titus” and “The Magic Flute.” Soon after Mozart died probably the victim of a severe intestinal infection.

His work was praised by all the critics of his time, though many to consider very complex and difficult, even today Mozart is seen as one of the greatest composers of the West, achieving great prestige even among the laity, and his image became a popular icon.

The reason writing this blog was because recently (2016) I had visited Mozart supposed grave at St. Marx Cemetery, Vienna, Austria. I knew Mozart music, but knew nothing of the life and time of Mozart, so this blog gives a snippet of Mozart life and a few photographs of Mozart supposed burial site.