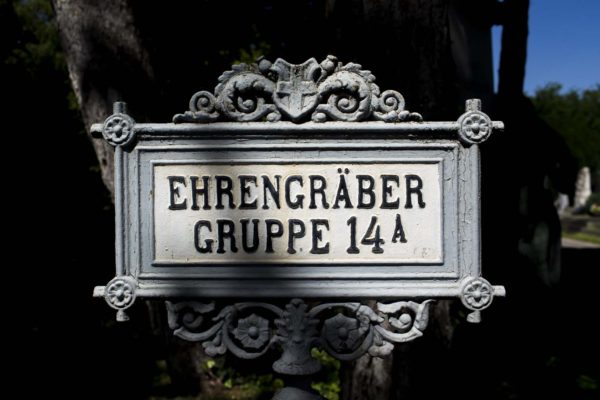 The Vienna Central Cemetery is an area of nearly 2.5 million square meters, the second largest cemetery system in Europe and is thanks to its countless memorials and its generous investment to the main attractions of the city.

It is contrary to its name, on the southern outskirts of Vienna in the district of Simmering, but continues to meet the largest burial site of Vienna a central role, not least because the cost of burials at the Central Cemetery considerably lower than for burials in the cemeteries in other districts are. Currently, the cemetery is home to about 330,000 grave sites with three million dead.

The cemetery is a product of the so-called Gründerzeit in the second half of the 19th century and was realized as a result of the then rapidly growing urban population from the Vienna City Council on municipal costs in a large-scale project on the outskirts of Vienna. New and initially very controversial was, inter alia, the fact that the cemetery should be all denominations openly.

The construction was carried out by the Frankfurt architects Karl Jonas Mylius and Alfred Friedrich Bluntschli who emerged victorious from the advertised by the community competition. It was opened in the year 1874 The center of the cemetery is the Saint Charles Borromeo church, better known as Dr. Karl Lueger Memorial Church (with the sarcophagus of the Vienna mayor Karl Lueger in vault room). This central dome, Art Nouveau church was built in 1908-1910, by Max Hegele, a student of Otto Wagner.

The Borromaeus Church is the biggest Art Nouveau church in Vienna and is unique in Church history: Solid and powerful it protrudes like a rock from the burial sea. The architects intention to the overall concept was the confrontation with mortality.

The idea of setting a President crypt was during the occupation period, probably also put to another identity-sign for the New Austria.

One must with the then Federal President Dr. Karl Renner talked about because he said firmly: “Yes, but only with my wife”

Since then, of the President, the wives after their decease “automatically” also buried in the vaults of the church. The Central Cemetery was extended several times during its history. In addition to the Catholic and Protestant section there is a Jewish section, where are buried Arthur Schnitzler and Friedrich gate mountain. Along with the “new Jewish Section” other sections are devoted to the Russian Orthodox Church and the Austrian resistance to the fascist period.

The old arcades were flanking on the main axis, about 100 meters from the main entrance, Gate 2. The vault system accommodates 36 tombs.

In 1879 the decision to build the 36 Arkadengrüfte was passed, in a brick Neo-Renaissance style. The rapid completion is probably due to the fact that the construction was financed entirely by private funds and was suited for only the rich.

In the tombs lie the Industiellenfamilie Mautner-Markhof and Baron Franz von Wertheim , the inventor of the refractory vault encounter.

The founder of the Free Press, August Zang , has a remarkable “Mine grave”.
His former employee, Max Friedlander , who founded the Neue Freie Presse and Angelika Raubal, Hitler’s niece, was also buried here – her body was reburied after the war. Little is written about the Neue Arkaden situated next to the church and so may vistors get confused with Neue Arkaden and Alte Arkaden and they think it’s the same location, but I can assure you their is  a very distinct feature between them both. “In Vienna, you have to die first before they celebrate your life. But after that, you live long.”

Many of the world’s greatest musicians are buried at the Zentralfriedhof, including Johannes Brahms, Ludwig van Beethoven, Franz Schubert, and Johann Strauss. There’s also an honorary marker for Wolfgang Amadeus Mozart. He was buried in a group grave at Vienna’s St. Marx Cemetery, but as the location was unmarked, this cemetery seized the opportunity to have him here in spirit—for Mozart continues to draw a crowd, even in death. Below is the magnificent tomb of Arnold Schönberg (1874-1951). Schönberg originally composed music in his spare time, but after the bank where has was employed went down, he started writing operetta’s for a living. Thanks to Strauss he received the Liszt Scholarship and in 1904 he conducted his Pelleas und Melisande. In Vienna his work was little appreciated, so he left for Berlin where he was far more succesful. In 1933 he left Germany and went to the United States. In 1879 was opened the “Jewish cemetery” in the west of the Zentralfriedhof. Since this was utilized in 1916, the “New Israelite Department” at today Gate 4 was created 1928. In the Reichskrisstallnacht on 9 November 1938, the ceremonial hall was blown up in the old Jewish Section of Nazis and those devastated in the new Israelite department.

The central cemetery, there are also numerous honorary graves, many of them in the vicinity of Lueger Church.

Personalities of science and art, which contributed to the reputation of Vienna decisively, are buried in the Honorary graves section of Zentralfriedhof. There are many guidelines and the final decision lies with the mayor of Vienna. Alfred W. Adler was an Austrian medical doctor, psychotherapist, and founder of the school of individual psychology. Grave of Hedy Lamarr was an Austrian and American film actress and inventor. Maria Lassnig was an Austrian artist Celebrities from politics, culture and science

To have “gathered” over the centuries many celebrities at the Central Cemetery. The list of honorary graves, about 1,000 in number, and reads like a “Who’s Who” of Austrian history: From Bruno Kreisky, Hans Moser, Figl, Curd Jürgens, Franz Werfel, Karl Farkas and Adolf Loos to Falco. The latter is not the way in the field of honor graves group of Vienna, but be precise in group 40. the musician has no honor grave, but a memorial grove. Even the Viennese mayors were awarded honorary graves. The honorary dedicated graves at Vienna’s Central Cemetery is a burial place of many fans is requested again and visited: It is Falco’s grave, (Johann / Hans Hölzel). Falco, often referred to as “first white rapper”

Falco’s grave consists of an obelisk and a quarter-round bulletproof glass window. The aspiring sheet indicates his career, which was abruptly interrupted by denTod, symbolically represented by the jagged crack.

Falco, this incredible Viennese musicians, conquered with his hit “Rock Me Amadeus” American charts, reaching with his songs not only in our lands a musical cult status.

Yet, some of the graves have been left for wilderness to take over, this is especially true of this gravestone below. Instead of walking, you can board a carriage Fiakerfahrten : the stand of carriages located at the gate 2, daily from 10am to 17.00. The carriage ride includes several graves of famous people Vienna (Mozart, Schubert, Beethoven, Hans Moser, Falco, Adolf Loos and many others.) and makes known to the visitors also the natural beauty of the cemetery. According to the Vienna Funeral Museum, the Viennese have a special relationship with death. A ‘good send off’ of a funeral is meant to reflect the fact that all aspects of life, including its end, should be celebrated.

Elaborate Viennese funerals became popular as the rising middle class of the nineteenth century wanted their own version of those of the nobility. There were carefully choreographed parts to the ritual—the laying out of the body, the cortege to the place of burial, and the gravestone, which were all meant to convey the deceased status. Death masks—a plaster cast of the face just after death—also became popular as a way to remember the deceased. There are a number of these in the museum, the faces somber and oddly riveting.

Other exhibits in the museum include a “hit parade” of the most commonly selected funeral songs in Vienna, a horse-drawn hearse from 1900, and a coffin alarm which could be triggered by individuals unfortunate enough to be buried alive. All photograph copyrighted to Roland Keates aka Transfigure Photography